Canada and the U.S. moving forward with the implementation HT ISPM 15 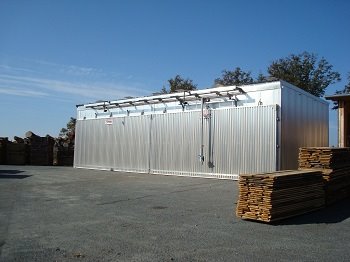 The latest news from Ottawa is that Canada and the United States are to move forward with the implementation of HT ISPM 15—an internationally recognized standard that has until now been exempt for trade moving between Canada and the continental United States.

This legislation has the potential to cause serious delays in cross-border shipping. To guarantee the free movement of your goods between Canada and the United States, it’s vital that your wood pallet and wood crate supplier is HT ISPM 15 compliant.

HT ISPM 15 was introduced to prevent the accidental transportation of pests in wood packaging materials (WPM). Pests such as the Asian longhorned beetle and the emerald ash borer were introduced to North America in WPM from Asia. These two types of insect alone have been responsible for the destruction of millions of trees, with billions more still at risk. By heat treating WPM to a minimum of 56°C for a minimum of 30 minutes, all insects—whatever the life stage—will be destroyed, rendering the WPM safe to move across all international borders.

It was thought that the enforcement of HT ISPM 15 was not necessary between Canada and the U.S., as other measures designed to stop the spread of pests were in place..

However, the Canadian Food Inspection Agency (CFIA) and the United States Department of Agriculture’s Animal and Plant Health Inspection Service (USDA-APHIS) now say that existing measures are not working as well as expected, and that a number of insect species have been introduced to both countries.

According to a statement released by the CFIA:
“Canada and the United States are working together on implementation of the standard, including a phased-in approach based on consultation processes in each country. After implementation, shipments with wood packaging material found to be non-compliant will not be permitted to enter the country of destination. If live pests are detected, the importer may also be required to treat the shipment to prevent pest escape, before having it returned to the country of origin.”

Quebec wood pallet manufacturer HWP complies with the strictest international heat-treatment standards and guarantees the destruction of any larvae and parasites that are present in the wood used to produce their wood packaging components.

HWP’s heat-treatment process results in a number of benefits for its clients, including:

In addition, your packaging will weigh less after the heat treatment process, resulting in significant costs savings during transportation.

HWP are uniquely positioned to be your number one Southern Quebec and New England wood pallet manufacturer. For more information about the implementation of HT ISPM 15 or to discuss your wooden pallet requirements, contact HWP today.